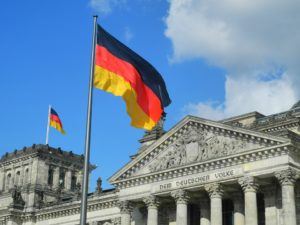 Do you hold UK pensions but are looking to move back to Germany? Company pensions have become more attractive than in the past due to changes in legislation and rules concerning occupational pension schemes. The German government has been advocating and supported employees to enhance their pension provisions for retirement. If you are looking at pension solutions, a UK pension transfer to Germany might be the right solution for you.

The Current Pension System in Germany

According to Gerhard Bäcker at the University of Duisburg/Essen, the main focus of the reform was the introduction of a so-called partnership model. Pure defined contribution pensions act as a top up to existing occupational pension schemes. This model will offer the possibility of ‘automatic earnings conversion’. This is whereby a percentage of employees earning will accumulate towards an occupational pension fund.

There has been an Occupational Pension Reform in 2017. This was due to state pension shortages so the focus has been on improving and strengthening the laws governing the Occupational Schemes in Germany.

According to the Federal Ministry of Labour and Social Affairs, the number of occupational pension entitlements went from 14.6 million in 2001 to about 20,4 million. Furthermore, the number of “Riester” pensions in place reached a level of 16,5 million by the end of June 2017. The state subsidizes Riester pensions schemes. They are a safer government regulated scheme. The aim is to induce people to contribute with private provisions towards their retirement.

Your unique position as an expat

Reasons to transfer your UK pension to Germany

What to do next?

At Harrison Brook, we can assess your overall financial situation and analyze your pension requirements and provide you with the best advice. We are also committed to providing you with fully independent and fee-based advice.