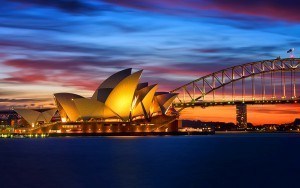 What does this HMRC’s attack mean?

To begin with, QROPS is a Qualified Recognised Overseas Pension Scheme. The assault on the Australian QROPS has begun in earnest in Australia and a number of other countries.

There were 1,600 providers available until recently; all but one has now been removed from the list. The lone survivor is the Local Government Superannuation Scheme.

Many of the overseas pension schemes flew in the face of HMRC’s strict interpretation of what constitutes a QROPS because they allowed access to pension pots before the age of 55. The companies could not make special dispensation for UK citizens and impose the stricter conditions. Therefore, HMRC had little option left but to disqualify them.

A number of countries have seen a major cull in the QROPS schemes available to expats. Switzerland has just one left, too, after boasting 100 at its best. The Republic of Ireland now has just 56, after peaking at 797. Spain never reached those giddy heights and had just 16 schemes open in boom times; only two now remain. South Africa has dipped to just seven from 29 and Canada could well be next in the firing line.

Savers who opt for a non-qualifying scheme could face the full wrath of HMRC. Therefore, a 55% tax levy could well be forced upon them.

Despite the doom and gloom in the press, though, a properly set up and administered Australian QROPS scheme is still a highly attractive option for expats who want to eliminate currency fluctuation risks in their pensions. It also allows expats to take advantage of tax deferral on:

The listed schemes had until June 17th to respond to any concerns raised by HMRC and many simply did not fit the criteria.

The simple advice for any expat currently using a QROPS scheme in any country is to make sure it is safe from HMRC’s regulations by making sure that there is no possibility of withdrawing any funds before the age of 55.

Alternatively, seek the advice of a specialist financial adviser that knows the QROPS system well. Harrison Brook can assist in transferring your Australian QROPS back into an approved QROPS scheme or a UK onshore pension (SIPP) to avoid any future potential levy’s/penalties. Speak to a Harrison Brook adviser today.