A larger number of women and young people heading abroad to work is changing the profile of the average expat, according to new researches. The number of UK adults living abroad has also increased by a mammoth 58% since last year. Seek expat financial advice with Harrison Brook.

The study showed that the number of expats classed as temporary overseas workers has risen by 265% and most of them were sent overseas on assignment as executives or managers of specific projects or foreign offices of UK companies. With an average ‘tour of duty’ lasting three years, the temporary aspect of the label is up for debate.

More women are heading abroad, with the number of female expats rising by 116% in five years and 32% in the last 12 months alone. Women taking up management posts overseas as a stepping stone in their careers has become a significant trend, according to the study. Get expat financial advice with Harrison Brook. 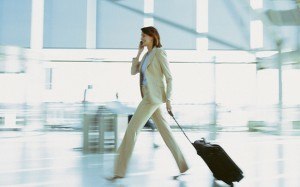 The number of young expats aged 25-35 has increased by 38% since last year and 162% in the last five years, which has made a significant impact on the typical expat profile of an older, male manager. The figures for expats were also heavily skewed by the number of retirees heading abroad to enjoy their golden years in the sun, but the recent migration of talent has changed the pattern. Start your life abroad with Harrison Brook.

Ambitious young workers are more prepared than ever before to chase professional opportunities abroad, as companies simultaneously have continued to expand overseas. Advances in technology have also allowed family, friends and even employers to keep in close contact with those living abroad, making the option especially attractive.

Those working overseas should take expat financial advice to make the most of their earnings while overseas and minimise their tax liabilities. With the increased earnings on offer overseas, with careful management this money can set you up for a great future. Take the first step today with Harrison Brook