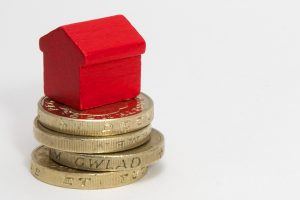 Many UK expats are unaware that their estate could be liable to UK Inheritance Tax (IHT). Over many years of dealing with expats it comes a massive shock that the HMRC will seek out a large chunk of their estate on their death.

In this article, I will concentrate on Spain as this is where most of my clients reside.

It is a fact that many UK expats are divorced and subsequently remarry.  In a lot of cases can cause complications with families. This can be made more complicated when it comes to assets and how an expat wishes for his / her wealth to be distributed on their death.

Inheritance Tax Planning and Tax Planning in general is something that can be overlooked by expats in Spain as well as anywhere else globally. This can be for many reasons but its clear that expats get some conflicting information from the expat community they live in. The best way to ensure your assets are passed to who you want in a timely tax efficient manner, is to get advice from a qualified adviser.

Inheritance Tax, Succession Tax, Wealth Tax, Income Tax, Pension Planning and Investment advice all go hand in hand. An example of this is that a client could have the best performing investment portfolio in the world but without it being integrated in to an overall tax plan. It can prove to be completely inappropriate both now and in the future.

I have recently been advising a client who has found himself in a position that worried him greatly.

We originally met to discuss Retirement Planning. After our first meeting it became clear that there was a significant Inheritance Tax (IHT) issue. He is married to a non-domiciled spouse and has a dependant child.

In this case the client was completely unaware that if he died today, his wife would have an UK Inheritance Tax liability of over £250,000. In addition, the majority of his investments were not Spanish tax compliant and he hasn’t been declaring his tax correctly.

As a result of our meetings, we have been able to put everything in order and dealt with all the issues. The client now has a robust plan for his retirement. He has ensured that his wife will pay no UK Inheritance Tax, has tax Spanish compliant investments and is declaring everything correctly to the Hacienda.

The reason for this article is that the above example is very common for expats that I have been dealing with. It has proven that by giving expats the time and correct consideration. The results can be staggering!

If you feel that you could benefit from the same service please contact us.