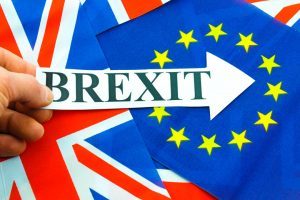 If you’re one of the British expats living in an EU country you’re likely wondering how Brexit will affect you .What financial preparations you should make ahead of Britain leaving the EU.

This is especially for anyone planning on applying for dual citizenship in the country in which they are currently living . Also to ensure they can remain there following Brexit.

The full legal ramifications of Brexit are not yet clear. Laws remain the same, but things are going to change and being prepared will ensure you’re not caught off guard, or stuck with costly mistakes.

If you want to remain in your current country of residence, you will either need to apply for citizenship or long-term residence.

The details of your options vary slightly depending on which country you’re in. Many EU countries, such as France, only grant long-term residence to EU citizens.

It’s possible that, post-Brexit, anyone who currently has long-term residence will find it rescinded and it will no longer be possible for British citizens to obtain it. Dual citizenship will provide you with far more certainty.

You may be worried about your pension in the post-Brexit climate. You will continue receiving your pension, since the British government are presently paying pensioners all over the world. Whether or not you receive annual pension increases will depend on the arrangement between Britain and your country of residence. To use France as the example again, Britain and France have an agreement in place allowing citizens living in France to receive pension increases. This agreement is outside the framework of EU law and thus won’t be affected by Brexit. This may not be the case everywhere, however, so it’s worth checking.

If you are not residing in the UK, any UK dividends won’t be taxable in Britain. It is worth getting specific advice concerning the currency risks involved in having your income in sterling but your expenses in euros.

Where tax is concerned, it’s sensible to cut ties with Britain where possible.

As you pay tax in your country of residence and it can get very complicated paying in two countries. If you want to lose your British tax residency, minimise your visits to the UK (no more than 90 days per year) and reduce ties in the UK wherever possible. This includes giving up any homes you may have in Britain and ensuring your spouse no longer lives there.

Are you an expat looking for financial advice concerning Brexit? Get in touch, we’re here to help…