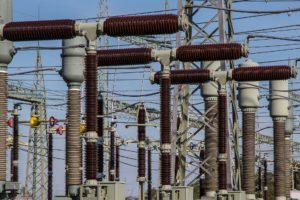 Are you currently in receipt of a General Electric Co pension plan? Are you aware of the current problems and why are they a concern? What options are available to you?

Currently the General Electric Co pension plan has a deficit of $31 Billion dollars. After all General Electric Co owes benefits to around 619,000 people within its schemes. Retirees are at more risk but are not the only ones in this situation. Shares fell by 40% after the previous CEO, Jeffrey Immett stepped down.

Low interest rates following the financial crisis meant that the General Electric Co pension plan has suffered for people in retirement. Real returns compared to other schemes put them at the low end of the market to date.

If the plan deficit was funded no one would have the questions and the queries at this time. With an estimate of 300,000 retirees currently receiving a defined benefit pension and, a further 230,000 ex General Electric Co employees vested in the plan.

What are the options available?

More and more people make an enquiry into their defined benefit pension. The answer is always the same. Speak to a financial adviser to consider your options. Like most pensions in the market, many of the employees in the General Electric Co pension plan are from the US however, there are expatriates that are looking into ways to have their money working better for them in terms of real returns and better performance.

The defined benefit pension with General Electric Co is treated the same as a 401K if you’re a previous resident from the US. A key benefit of a 401k is the tax-deferred growth of contributions during your working years. A 401k will typically offer a defined set of investments to choose from. Additionally, an employer will often make matching contributions up to a certain level as an incentive for the employee to save towards retirement. These matching contributions will often vest over a period (time is set by each company).

If you leave employment before becoming fully vested, your employer will keep part of their contributions. After leaving employment, an individual has the option to maintain the funds in the 401k, rollover the 401k assets into a Rollover IRA account or rollover to another employer plan continuing the tax deferral until distribution. 401k plans will often allow loans to be taken out against your assets (for specific reasons) and paid back over a specified time with interest.

While this is often not advisable, it does allow an individual to access restricted capital without being subject to early withdrawal penalties. Savings in a 401k are protected from all forms of creditor judgments, including bankruptcy. At death, undistributed assets will be passed onto your beneficiaries.

Working with expatriates around the globe and offering holistic financial advice is paramount to ensure your funds work in your favour and last through your retirement.

Contact Harrison Brook today and speak with our advisers for a no obligation discussion.