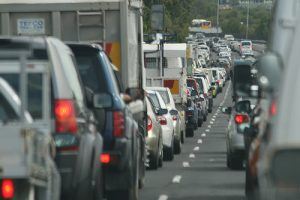 Sometimes when you live and work abroad the laws can suddenly change, putting unexpected hurdles in your path. That’s the case with Kuwait’s proposed driving ban on Kuwait expats receiving permission to drive.

MP Safa Al Hashem is calling for a one-year halt on issuing Kuwait driving licences to the country’s large community of expats. She is also proposing new taxes on foreign workers and charging them for any hospital treatment and medicine they receive in their adopted country.

Kuwait’s population of around 4.4 million . It is believed to be 70% foreigners. Public opinion is certainly not in the MP’s favour. However, she has received some support from other lawmakers in the country.

The move is seen as a way to tackle massive road congestion . The impact of major road works in built-up areas of this oil-rich country on the Persian Gulf.

The aggressive campaign against expat drivers includes potentially renewing the one-year ban on new licences until the road problems ease. The only exemptions will be family drivers. Even then a licence will only be issued if it can be tied to a work permit and each family would only be allowed one vehicle.

Under the proposal, you won’t be able to apply for a driving licence in Kuwait if you don’t have a valid one in your country of origin. That has been validated by both the Kuwaiti embassy and the foreign ministry.

And the ruling will make it illegal to own a car if you have no licence.

If agreed, the new legislation will make it hard – if not impossible – for some expats to continue working in Kuwait.

Local regulation and customs always need to be measured against the adventure. Better job prospects and improved living standards of migration to a new country. One of the most important ways to prepare for starting a new life as a Kuwait expats is to create a financial cushion for if unexpected bumps appear.

Good financial planning, from a financial advisor who knows the sometimes fickle economic and legislative nature of overseas countries. It is vital to can keep you “on track” even if it can’t keep you “on the road.”

For advice on the financial aspects of moving to Kuwait, contact us at Harrison Brook today.