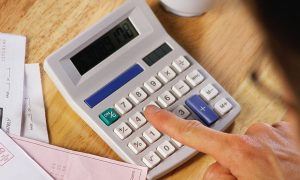 Considering investing in foreign property? Here’s what you should know….

In the year 2000 to 2007 the Spanish property market grew quicker than expected with house prices rising as much 200% in the period. For residents and offshore buyers this was a perfect time to purchase, however, in 2008 the property boom hit with a larger than anticipated hit on Spain.

In 2015, the total number of home sales in Spain increased 11% to 354,513 units from the previous year, according to the Instituto Nacional de Estadistica (INE).  This rise in transactions was mainly driven by foreigners buying homes. Cities like Barcelona and on the Costa del Sol are some popular areas with overseas purchasers.

With houses prices on the slow decline and market value reaching an all-time low. Property owners in around Spain received losses of 100% on the purchase value. What did this mean for buyers and sellers? A great demand for rent in the attempt to claw back some value on their investment.

Many home owners in Spain lost their property in the event to try and save it, with the increase in rent saw rental income hit a low as the rental market increased. With house prices still on the decrease, many resorted to the sale of their home with a view to investing the profit within portfolio’s.

Module portfolios allow investors to invest in a range of funds that see returns more than 6% per year. With year on year growth within the fund, the property boom became more favourable to the investor and property sold at a profit was now being invested as alternative.

Property Markets were seen to stabilise over following years. Many expats were looking to purchase whilst prices were still low. With houses prices in Spain now at a steady level with no view to increase, there has been an increase in the sale of market value homes as investors are still receiving year on year growth within portfolios.

As we can see from a typical portfolio fund, over a 5-year period, the investment has grown between 38 and 75%. What does this mean in real terms:

(interest compounded yearly – added at the end of each year)

(interest compounded yearly – added at the end of each year)

Property owners now can see that with a year on year growth from funds, the Module portfolios are more favourable than waiting for the property market to increase. A typical £300,000 investment from the sale of their home, saw an increase of £100,000+.

Do you sit and wait for the price to rise on your property? Are their buyers willing to pay the increase in price? Or, do you sell now at the market value and invest the funds? Figures show, an increase of 6% per year versus a typical 10% on market value. This can be achieved by year 1.