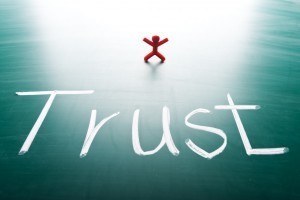 QROPS Portugal – Is your pension legal in Portugal?

Recent action has been taken in various civil law countries legislating directly against, what are seen as, tax avoidance schemes. As a result of this a lot of standard trust based plans, such as QROPS, have been caught in a net that was intended for others. For example, new legislation in France has created highly complex wealth and inheritance taxation rules and the exemptions available for pension trusts are limited, while recent legislation in Spain has resulted in “look through” provisions for trusts.

This creates great uncertainty as to how retirement plans written under trust will be taxed in many civil law jurisdictions, such as Portugal and holders of QROPS Portugal. Unlike trusts, contracts are recognised in both civil and common law countries giving greater certainty as to the tax position and should be the preferred option for individuals holding QROPS in Portugal.

Under general principles, pension benefits are taxed under ‘Category H’ in Portugal. Efficiently established pensions can offer significant tax advantages in that 85% of income may be tax exempt. The capital element of a life annuity is deductible and a payment by an annuity from the retirement fund will be taxable only on the income element where a certificate is supplied by an authorised actuary. In those cases where it is not possible to determine the capital element, 15% of the gross annuity is treated as taxable income.

In 2009 the Non Habitual Residents Regime (NHR Regime) was launched in Portugal in order to attract foreign nationals to reside in Portugal. To qualify for this highly beneficial tax Regime individuals’ have to meet two key tests: (i) The individual must not have been resident in Portugal in any of the 5 preceding tax years, and (ii) must now reside in Portugal. If these conditions are met, and the NHR status is awarded, then for a period of ten years (alongside other benefits) foreign pension income (QROPS Portugal) is exempt from taxation in Portugal as long as it is effectively taxed at source under a double taxation agreement. This means that pension benefits paid from a UK or Maltese pension to a NHR of Portugal are not subject to any Portuguese tax for a period of, up to, ten years. After which the above stated general position will then apply.

The Issue For Trust Based QROPS Portugal:

(Taxation of distributions made from trusts)

However on 17th December 2014, the Government of Portugal introduced a change to its domestic tax law meaning that, with effect from 1st January 2015, distributions paid from a trust to a Portuguese resident – such as an income payment – will be taxed at 28%. This charge applies regardless of how much of the payment is original capital and how much is deemed income or gains.

The rules do not provide for a definitive exemption for benefits paid from pension arrangements established under trust and, in addition, it is unlikely that the NHR Regime will offer any exemption from the 28% tax charge.

Therefore, the previous effect of the NHR Regime potentially making Portugal a tax free retirement jurisdiction for the first ten years of residence is now unlikely to apply in respect of benefits paid from trust-based retirement arrangements. However, Portuguese residents receiving retirement benefits from a “contract” based retirement arrangement will still be able to benefit from the NHR Regime meaning that distributions from a Maltese contract pension for example, can be highly tax efficient.

It is therefore very important for individuals who anticipate being resident in Portugal and qualifying under the NHR Regime when retirement benefits are taken, to give careful consideration to the legal structure to which they transfer their UK pension.

Here at Harrison Brook we are committed to creating long term sustainable relationships with our clients built on regulation, transparency of fees and local knowledge. Get started today and speak to your local Harrison Brook adviser in Portugal