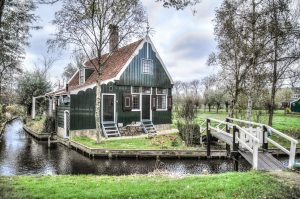 The Netherlands is frequently recognised as having one of the world’s top ranking pension systems by the Melbourne Mercer Global Pension Index. This high ranking is thanks to the diversity of the Dutch pension system’s funding sources, its accuracy in measuring costs and contributions to ensure fair distribution, and its strong regulation by the Dutch Central Bank and the Dutch Authority for the Financial Markets.

You don’t want to lose out on these benefits of this when you decided to move away.

The retirement age in the Netherlands is currently 65. However, this is set to increase to 66 in 2018 and again to 67 in 2021. By 2022 the retirement age will be linked to life expectancy but is expected to be 67 years 3 months. Although it is possible to retire early you must have other finances in place as AOW will not be issued until the state retirement age. Unless you’re willing to be subject to a reduced rate. In this instance, transferring to a QROPS may be the best solution.

The Dutch Pension System is made up of three pillars. The first pillar is a ‘pay-as-you’ go system, contributed to by the current working population. The next two pillars are funded by personal pension plans. The details of the pillars are as follows:

1. The AOW (Algemene Ouderdomswet) or Dutch state pension makes up the first pillar. Funded by compulsory tax and social security contributions made by all residents living in the Netherlands.

2. Occupational/company pensions form the second tier. This pillar operates through joint contributions from employer and employee and is available to almost all employees.

3. Private pension schemes are voluntary contributions made by the individual and make up the third pillar.

How much will I receive?

As with most pensions, your Dutch pension fund will be calculated based on your social security contributions. Alongside employer and employee contributions from occupational pensions and optional private pension schemes if applicable.

If you move outside the Netherlands and are aged between 15 and 65 you may lose 2 percent of your Dutch pension for every year you’re out of the country. However, in some circumstances workers abroad can still remain under Dutch pension scheme. If your situation causes a pension gap, some foreigners may choose to take out voluntary AOW insurance within 12 months of moving abroad.

Using a pension calculator will help you discover what you can expect to receive once you reach retirement age.

Can I still get my pension if I live abroad?

As mentioned above for every year you live outside of the Netherlands 2 percent may be lost from your Dutch pension. Of course, this does not mean you can’t be growing your pension pot in another country.

In this instance, it’s recommended to speak to a financial advisor about QROPS. A scheme which allows you to transfer and consolidate your pensions with various tax advantages. For example, expats with both a UK and Dutch pension could have these consolidated in a Maltese QROPS to ensure maximum benefits and tax efficiency.

The best move would be to speak to a qualified expat financial adviser. Everyone’s personal situation varies so getting advice is essential. Speak to an adviser at Harrison Brook today for options on your Dutch pension.