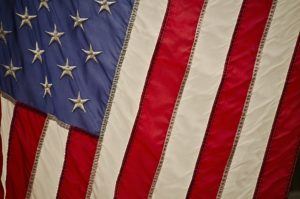 Are you an American resident who wants to transfer their UK pension to an HMRC QROPS USA? Do you have more than one British pension and you wish to consolidate? Are you intending to never return to the UK? Within this article, we look into the options available to US residents with UK pension plans including the key advantages and disadvantages.

What is an HMRC QROPS USA

A QROPS is a Qualifying Recognised Overseas Pension Scheme. If you hold a UK pension and wish to transfer out to another scheme, that scheme has to be recognised by HMRC (hm revenue customs). QROPS became popular back in 2014 as it allowed pension members to transfer out of the UK jurisdiction to locations such as Malta. Due to the double tax treaties in place members could then draw their pension gross and pay the relevant taxes in the country they reside in. The other key benefit was a QROPS has no LTA lifetime allowance limit so for those with pensions nearing the £1m mark this offered substantial tax benefits.

From the 9th March 2017, the Chancellor of the Exchequer announced in his annual budget the introduction of an Overseas Transfer Charge (OTC). The OTC is, in essence, a 25% tax charge on any pension transfer to a QROPS for those that reside outside of the EEA (European Economic Area). As a result for anyone living in the US, an American QROPS became immediately obsolete as you would lose 25% of your total pension fund upon transferring.

What are my options then?

The other option available is an International SIPP or Non – Resident SIPP. This allows the transfer in of 1 or more UK pensions into one simple structure. The SIPP itself has been specifically created for non UK residents who hold UK pension schemes. It is US compliant and allows an offshore investment platform to be utlised within the trust, giving access to a broad range of investments.

Key features of a non – resident SIPP and investment platform include:

Due to the double tax treaty between the UK and America by applying for an NT code you are able to receive your pension income gross of UK taxes and pay the associated taxes in your state. Please find an article I have written on the subject here

There are numerous SIPP providers in the market place with varying costs and services provided. A cost comparison on the current offerings can be found here.

If we take the case of an Expat based in the US with a £300,000 (GBP) pension. For simplicity, we have ignored any upfront costs/commissions paid and will compare ongoing costs.

Compared to an International SIPP

Want to find out more?