Home Pensions UK Pension Transfer to Italy – How does it work? 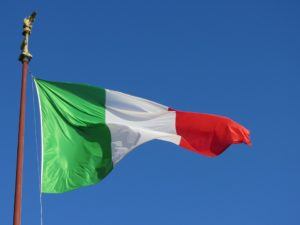 Pensions are a key issue for many if not all European states. If you are thinking of moving back to Italy after having lived and worked in the UK, take some time to examine your pension situation. If this is your most important source of income that you have, a UK pension transfer to Italy might be the best option suited to your needs.

With Brexit on the horizon, EU nationals that have worked in the UK will still be able to transfer their pensions even with a No-deal Brexit. According to FTAdviser the UK Government have confirmed that pension transfers will still go ahead whether there is a soft or hard Brexit. Consider whether transferring to a SIPP (Self Invested Personal Pension) or a QROPS (Qualifying Recognised Overseas Pension Scheme will offer you the tax advantages and control you require.

Regarding EEA-based QROPs it is not yet certain if they will be exempt from tax post-Brexit. This is something we all need to keep an eye on until further information becomes available.

Overview of the pension system in Italy – First pillar

The Italian state pension is A-Pay-As-You-Go first pillar system. It is treated as employment income and is based on individual contributions. The state pension system is under immense pressure and is always a major issue for governments.  The total contribution is of 33% of gross salary, of which almost 24% is the employer’s contribution. Same as in the UK there are increases in the retirement age.  If you decide to retire before the due age you will endure decreased benefits. The Italian government encourages people to work past the age of 70 by offering higher benefits. One of the reasons for a UK pension transfer to Italy is to consolidate your pensions and be able to retire early in order to better enjoy retirement.

Currently, in Italy, there are closed and open pensions funds. Closed pension funds fall under the second pillar. They are Collective bargaining agreements or contractual pension funds set at a company level by associations of employers and trade unions. According to EuroFound , there were 2 million scheme members in the private sector in 2003 and by 2010 the number increased to 5 million with the number being on the increase. For open pensions funds, it is the financial services enterprises such as banks and insurance companies who set up these funds and it is based at an individual or group level. Pension funds are mostly on a defined contribution DC basis. There are also individual pension schemes done through individual contribution on the open pension funds system.

Reasons to transfer your UK pension to Italy

Tax advantages in South of Italy

If you are looking to retire to the South of Italy you might be in for a treat. According to The Local website and other sources, the Italian government are working on a project that will offer both nationals and foreigners a 10 years tax-free deal if they move to southern Italy. This initiative is trying to re-populate the beautiful regions of Sicily, Calabria and Sardinia. If this appeals to you, have a read here for further information.

How can Harrison Brook help you?

Harrison Brook specialises in pension transfers and provides ongoing pension advice and management to expats around the world. Whether you’re looking to transfer a pension, enquire about a SIPP, QROPS or a plan for retirement, Harrison Brook are impartial and transparent.

Get in touch today and start making the right retirement choice!

Harrison Brook through its advisors offers investment and financial advisory services through Beacon Global Advisor Network, LLC (BGAN), a registered investment adviser with the Securities and Exchange Commission (SEC). SEC number: 801-110724, CRD number: 288833. Registration as an investment adviser does not imply a certain level of skill or education. 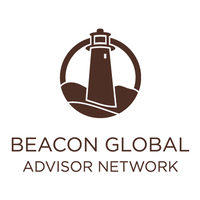